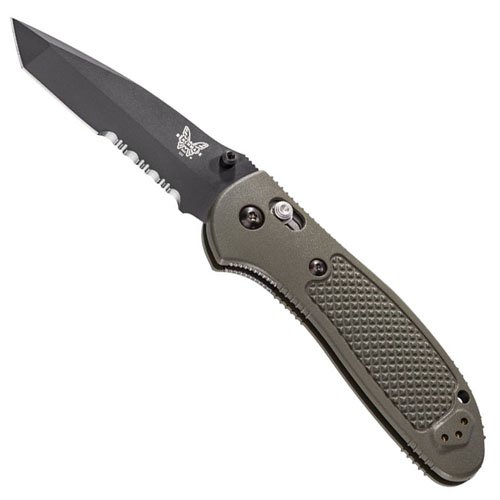 Success! An email will be sent to you as soon as this item is back in stock.
Ooops. There was an error processing your request. Please contact customer service.
More from Benchmade

The Griptilian is born of custom knife maker Mel Pardue's passion for functional designs. You release the creature's ferocity with a thumb stud. At the very heart of the Griptilian, is the exclusive AXIS locking mechanism. This modern marvel gives life to a cutting tool like you have never experienced before, especially in a lightweight folder. Rock-solid ambidextrous function is sure to tame the most die-hard of traditionalists. And you can grab onto the lightweight, injection molded handle with its grip-textured surface and rib covered spine that grabs you right back for a "can't let go" grip. The Griptilian also comes with a reversible carry-clip for right or left side carry.